In the order that they were taken, the pictures: 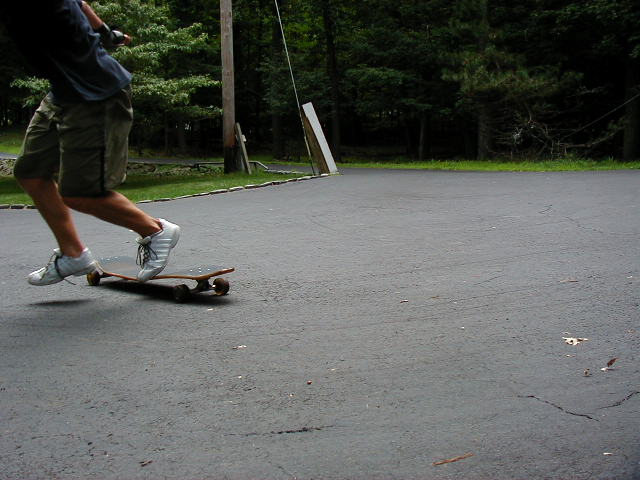 -me getting chucked off the Sparrow after a slide. 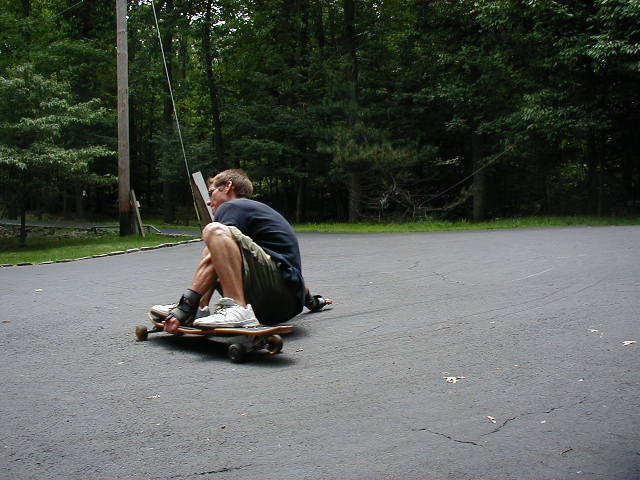 -me pulling a backside slide on the sparrow. Yea, it slides nice... 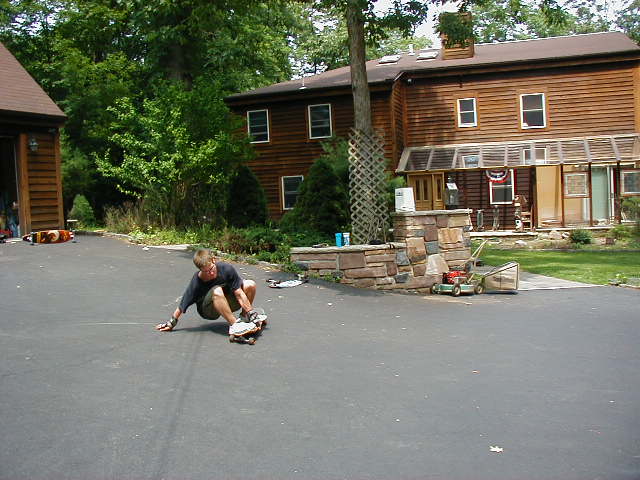 -same thing, different angle. Can you count all the skateboards in this picture?

-I think I pulled this off, though you may not believe me. 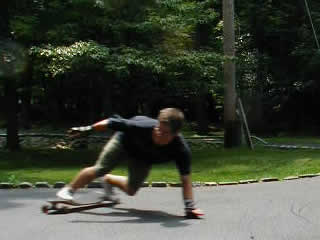 -you can go real fast and still control your slides! buy this board! 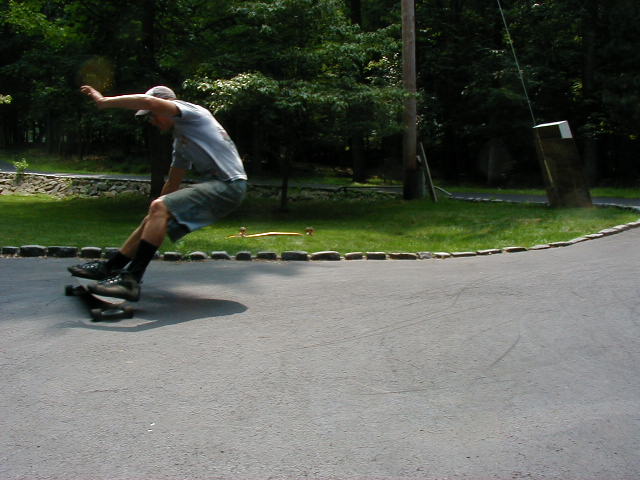 -Keenan pulling his classic blank backside slides on his well-used Sector9. way to beat the shit out of it bro... 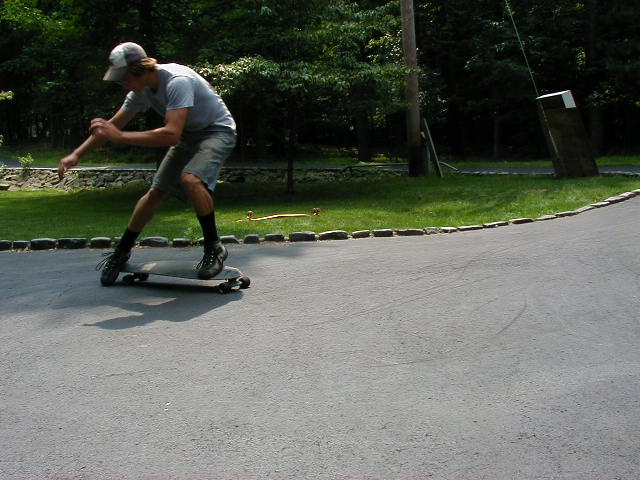 ... because sometimes it bests you back. 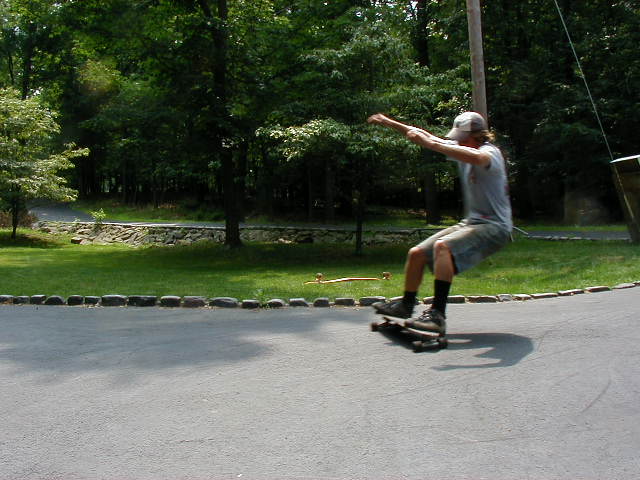 The classic slide and thrust. Note the very expensive costume that we outfitted Keenan in before this shoot. reprazent. 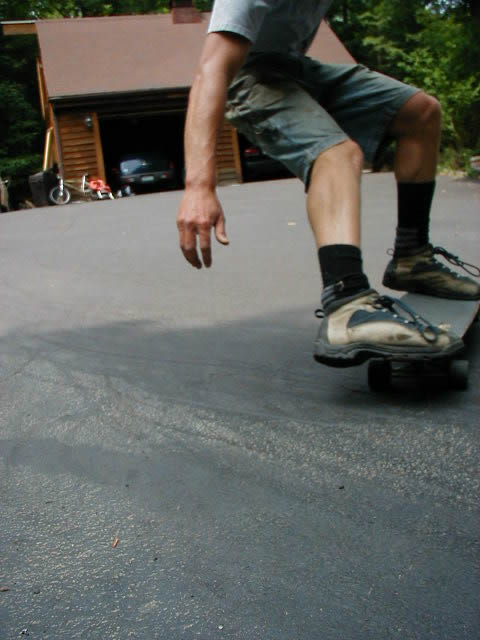 ... and the cameraman gets schooled. Ok yo let's switch it up:: 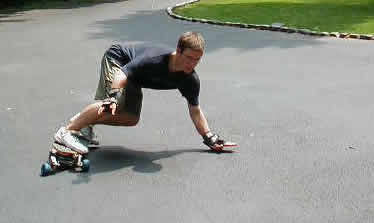 Examine the inventor's prowess on the original hardcarve3; you would see the sparks were it night. 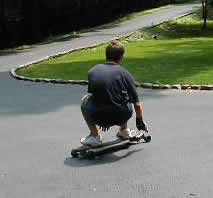 A simple blank backside slide on the hardcarve 3. As Keenan said in Harriman State Park, "you can just slideit" Indeed you can, with finesse. 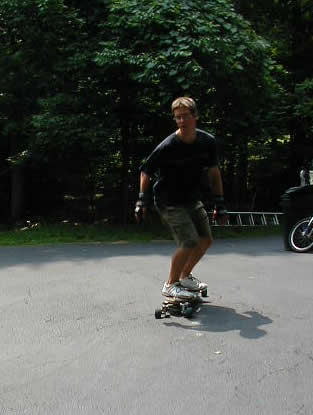 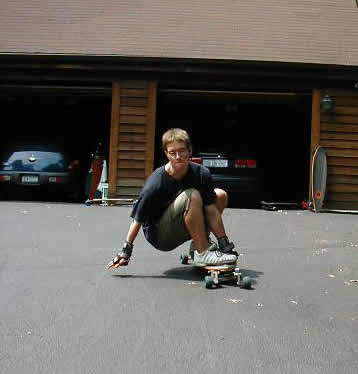 Now the other cameraman is going to .. 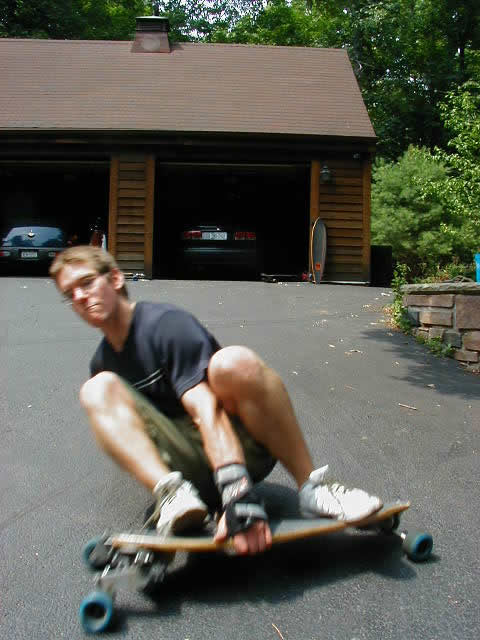 ...get knocked over like a trailer home in a tornado. Note the flexy deck - it is cut with the grain at 45 deg. to the long axis, so it had to be reinforced with aluminum on the bottom. Soon the plywood desks will be custom direct from Saturday Night Slide & Hardcarve. 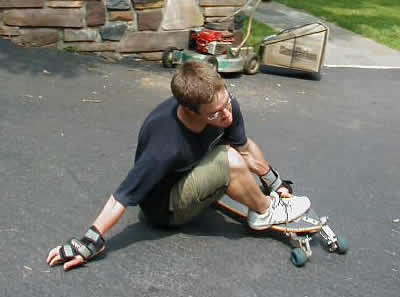 Same killer slide, different view. Check the front trucks - due to the wheel angle, you don't have to worry about rotating 180 and heading down the hill tailfirst. Most boards are prone to this uncontrolled slide modality. 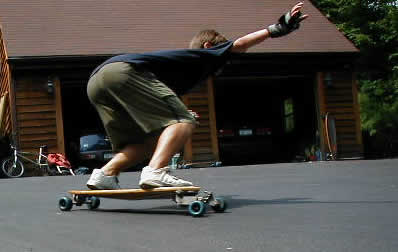 Another view of the hardcarve3 just before ... 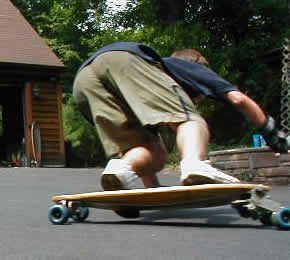 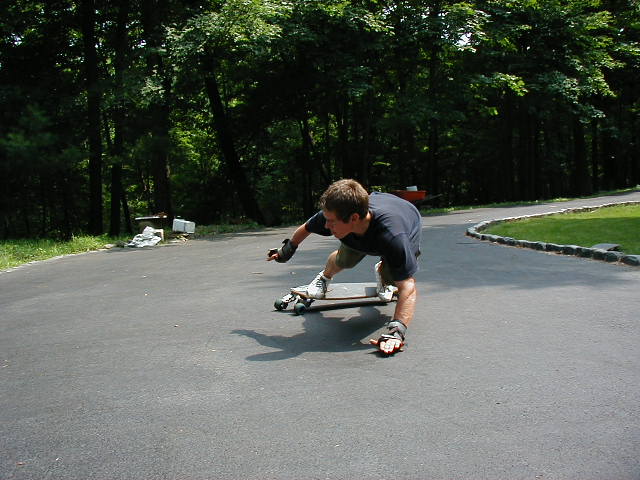 Here is another view of the manuver. I love this board. 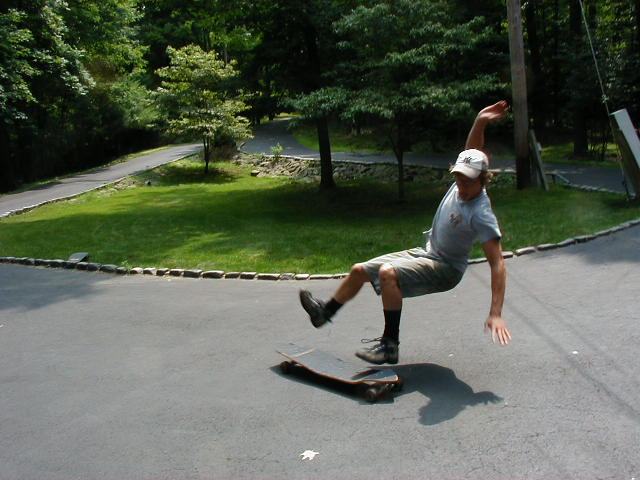 Keenan loves his invenmtion too, just at this moment the board is not loving him back.

The symbiotic relationship between skater and skateboars was flowing better at this instant, though. 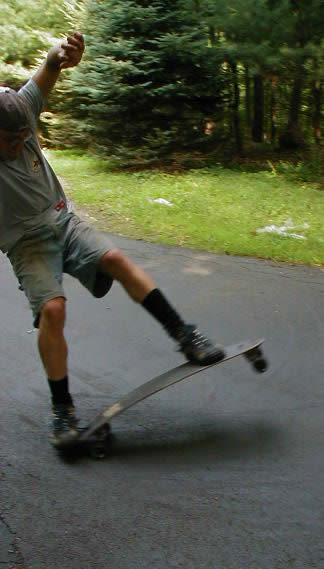 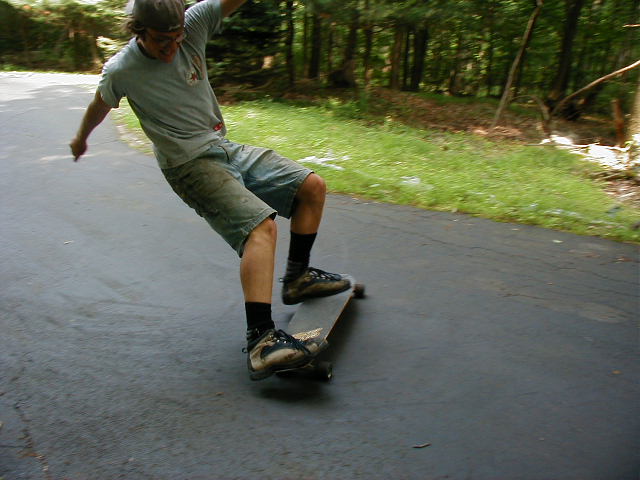 This is a better - no, kick-ass - shot of the same manuver. 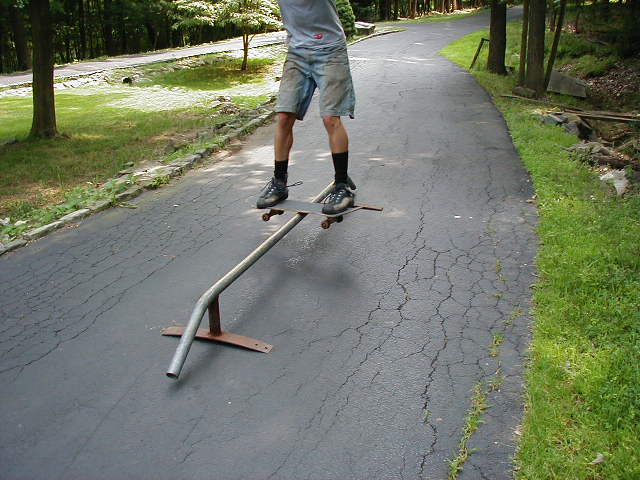 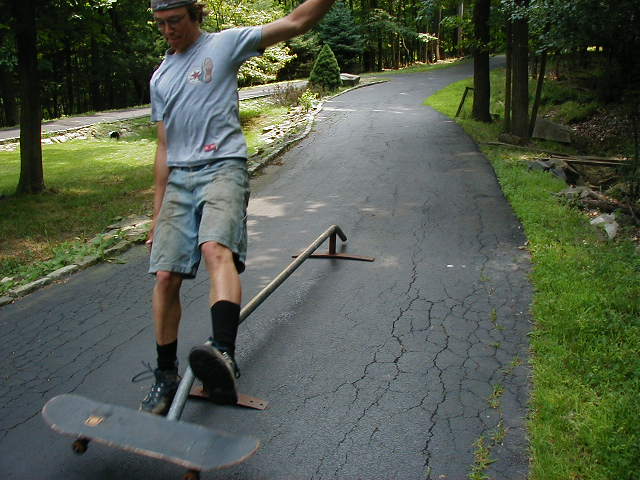 As the skateboard hovers, Keenan prepares for the inevetable fall. 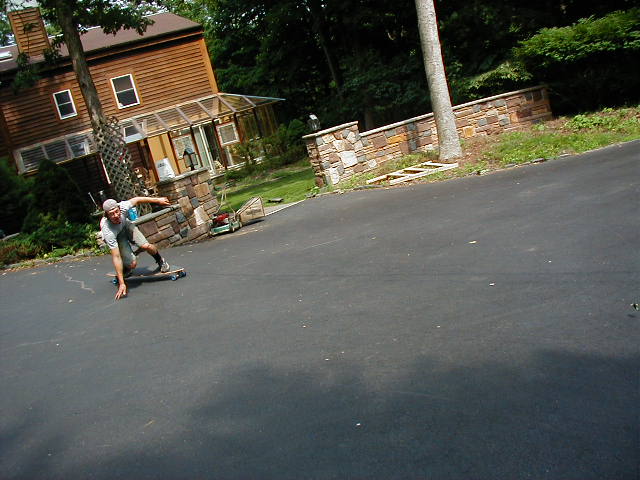 One final carve on Keenan's long and rigid sector9. back to the decks or back to hardcarve